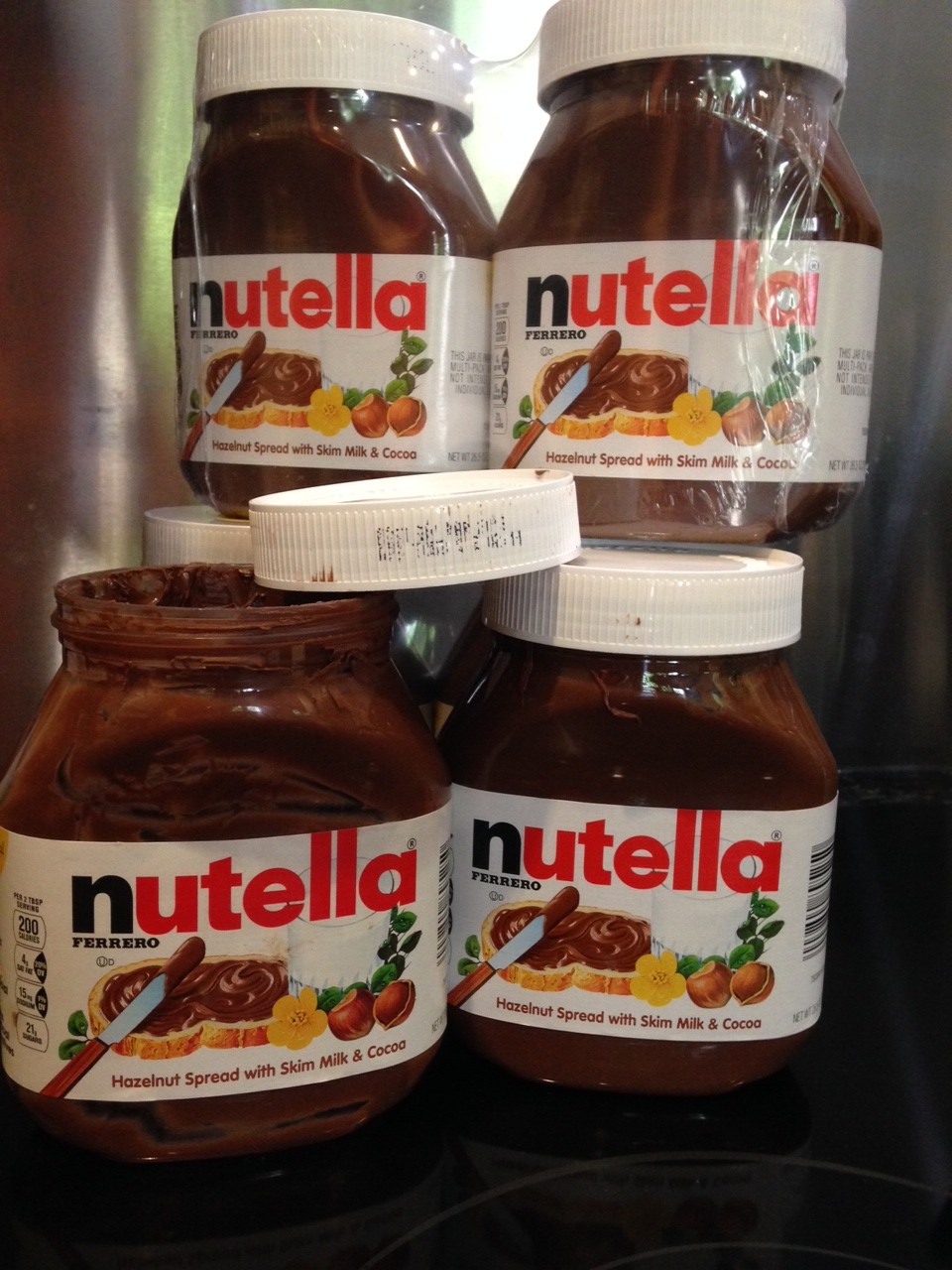 Connoisseurs of Nutella — that wonderful concoction of hazelnuts and chocolate — are celebrating 50 years of the iconic Italian spread. Here’s to the next 50 bites, sorry years! Say no more.

In Piedmont they have been making gianduiotto, a confectionery combining hazelnuts and cocoa sold in a pretty tinfoil wrapper, since the mid-18th century. They realised long ago that the nuts, which are plentiful in the surrounding hills, are a perfect match for chocolate. But no one had any idea that their union would prove so harmonious, lasting and fruitful. Only after the second world war was this historic marriage finally sealed.

Cocoa beans are harder to come by and, consequently, more expensive. Pietro Ferrero, an Alba-based pastry cook, decided to turn the problem upside down. Chocolate should not be allowed to dictate its terms. By using more nuts and less cocoa, one could obtain a product that was just as good and not as costly. What is more, it would be spread.

Nutella, one of the world’s best-known brands, celebrated its 50th anniversary in Alba last month. In telling the story of this chocolate spread, it’s difficult to avoid cliches: a success story emblematic of Italy’s postwar recovery, the tale of a visionary entrepreneur and his perseverance, a business model driven by a single product.

The early years were spectacular. In 1946 the Ferrero brothers produced and sold 300kg of their speciality; nine months later output had reached 10 tonnes. Pietro stayed at home making the spread. Giovanni went to market across Italy in his little Fiat. In 1948 Ferrero, now a limited company, moved into a 5,000 sq metre factory equipped to produce 50 tonnes of gianduiotto a month.

By 1949 the process was nearing perfection, with the launch of the “supercrema” version, which was smoother and stuck more to the bread than the knife. It was also the year Pietro died. He did not live long enough to savour his triumph.

His son Michele was driven by the same obsession with greater spreadability. Under his leadership Ferrero became an empire. But it would take another 15 years of hard work and endless experiments before finally, in 1964, Nutella was born.

The firm now sells 365,000 tonnes of Nutella a year worldwide, the biggest consumers being the Germans, French, Italians and Americans. The anniversary was, of course, the occasion for a big promotional operation. At a gathering in Rome last month, attended by two government ministers, journalists received a 1kg jar marked with the date and a commemorative Italian postage stamp. It is an ideal opportunity for Ferrero – which also owns the Tic Tac, Ferrero Rocher, Kinder and Estathé brands, among others – to affirm its values and rehearse its well-established narrative.

There are no recent pictures of the patriarch Michele, who divides his time between Belgium and Monaco. According to Forbes magazine he was worth $9.5bn in 2009, making him the richest person in Italy. He avoids the media and making public appearances, even eschewing the boards of leading Italian firms.

His son Giovanni, who has managed the company on his own after the early death of his brother Pietro in 2011, only agreed to a short interview on Italy’s main public TV channel. He abides by the same rule as his father: “Only on two occasions should the papers mention one’s name – birth and death.”

In contrast, Ferrero executives have plenty to say about both products and the company, with its 30,000-strong workforce at 14 locations, its €8bn ($10bn) revenue, 72% share of the chocolate-spreads market, 5 million friends on Facebook, 40m Google references, its hazelnut plantations in both hemispheres securing it a round-the-year supply of fresh ingredients and, of course, its knowhow.

“The recipe for Nutella is not a secret like Coca-Cola,” says marketing manager Laurent Cremona. “Everyone can find out the ingredients. We simply know how to combine them better than other people.”

Be that as it may, the factory in Alba is as closely guarded as Fort Knox and visits are not allowed. “It’s not a company, it’s an oasis of happiness,” says Francesco Paolo Fulci, a former ambassador and president of the Ferrero foundation. “In 70 years, we haven’t had a single day of industrial action.”