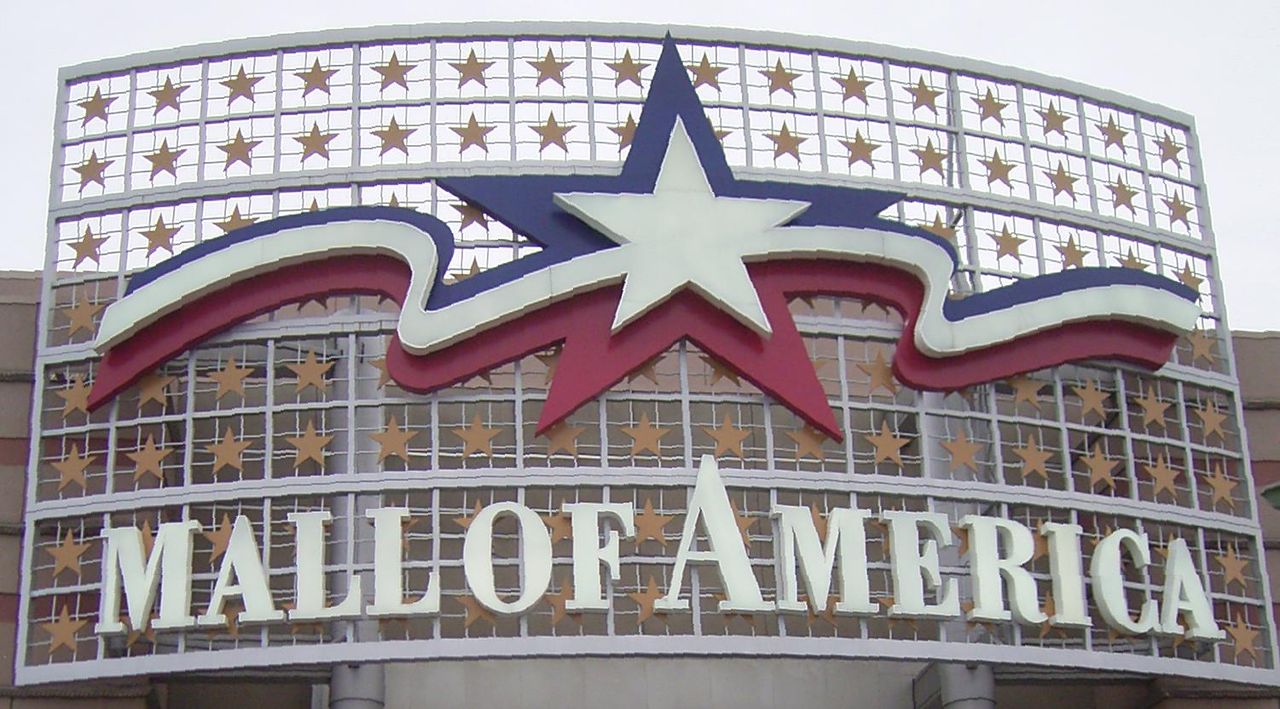 Shopping malls in the United States were in their prime in the 1970s and ’80s. Many had positioned themselves a a bright, clean, utopian alternative to inner-city blight and decay. A quarter of a century on, while the mega-malls may be thriving, the numerous smaller suburban brethren are seeing lower sales. As internet shopping and retailing pervades all reaches of our society many midsize malls are decaying or shutting down completely.  Documentary photographer Seth Lawless captures this fascinating transition in a new book: Black Friday: the Collapse of the American Shopping Mall.

It is hard to believe there has ever been any life in this place. Shattered glass crunches under Seph Lawless’s feet as he strides through its dreary corridors. Overhead lights attached to ripped-out electrical wires hang suspended in the stale air and fading wallpaper peels off the walls like dead skin.

Lawless sidesteps debris as he passes from plot to plot in this retail graveyard called Rolling Acres Mall in Akron, Ohio. The shopping centre closed in 2008, and its largest retailers, which had tried to make it as standalone stores, emptied out by the end of last year. When Lawless stops to overlook a two-storey opening near the mall’s once-bustling core, only an occasional drop of water, dribbling through missing ceiling tiles, breaks the silence.

“You came, you shopped, you dressed nice – you went to the mall. That’s what people did,” says Lawless, a pseudonymous photographer who grew up in a suburb of nearby Cleveland. “It was very consumer-driven and kind of had an ugly side, but there was something beautiful about it. There was something there.”

Gazing down at the motionless escalators, dead plants and empty benches below, he adds: “It’s still beautiful, though. It’s almost like ancient ruins.”

Dying shopping malls are speckled across the United States, often in middle-class suburbs wrestling with socioeconomic shifts. Some, like Rolling Acres, have already succumbed. Estimates on the share that might close or be repurposed in coming decades range from 15 to 50%. Americans are returning downtown; online shopping is taking a 6% bite out of brick-and-mortar sales; and to many iPhone-clutching, city-dwelling and frequently jobless young people, the culture that spawned satire like Mallrats seems increasingly dated, even cartoonish.

According to longtime retail consultant Howard Davidowitz, numerous midmarket malls, many of them born during the country’s suburban explosion after the second world war, could very well share Rolling Acres’ fate. “They’re going, going, gone,” Davidowitz says. “They’re trying to change; they’re trying to get different kinds of anchors, discount stores … [But] what’s going on is the customers don’t have the fucking money. That’s it. This isn’t rocket science.”

Shopping culture follows housing culture. Sprawling malls were therefore a natural product of the postwar era, as Americans with cars and fat wallets sprawled to the suburbs. They were thrown up at a furious pace as shoppers fled cities, peaking at a few hundred per year at one point in the 1980s, according to Paco Underhill, an environmental psychologist and author of Call of the Mall: The Geography of Shopping. Though construction has since tapered off, developers left a mall overstock in their wake.

Currently, the US contains around 1,500 of the expansive “malls” of suburban consumer lore. Most share a handful of bland features. Brick exoskeletons usually contain two storeys of inward-facing stores separated by tile walkways. Food courts serve mediocre pizza. Parking lots are big enough to easily misplace a car. And to anchor them economically, malls typically depend on department stores: huge vendors offering a variety of products across interconnected sections.

For mid-century Americans, these gleaming marketplaces provided an almost utopian alternative to the urban commercial district, an artificial downtown with less crime and fewer vermin. As Joan Didion wrote in 1979, malls became “cities in which no one lives but everyone consumes”. Peppered throughout disconnected suburbs, they were a place to see and be seen, something shoppers have craved since the days of the Greek agora. And they quickly matured into a self-contained ecosystem, with their own species – mall rats, mall cops, mall walkers – and an annual feeding frenzy known as Black Friday.

“Local governments had never dealt with this sort of development and were basically bamboozled [by developers],” Underhill says of the mall planning process. “In contrast to Europe, where shopping malls are much more a product of public-private negotiation and funding, here in the US most were built under what I call ‘cowboy conditions’.”

Shopping centres in Europe might contain grocery stores or childcare centres, while those in Japan are often built around mass transit. But the suburban American variety is hard to get to and sells “apparel and gifts and damn little else”, Underhill says.

Nearly 700 shopping centres are “super-regional” megamalls, retail leviathans usually of at least 1 million square feet and upward of 80 stores. Megamalls typically outperform their 800 slightly smaller, “regional” counterparts, though size and financial health don’t overlap entirely. It’s clearer, however, that luxury malls in affluent areas are increasingly forcing the others to fight for scraps. Strip malls – up to a few dozen tenants conveniently lined along a major traffic artery – are retail’s bottom feeders and so well-suited to the new environment. But midmarket shopping centres have begun dying off alongside the middle class that once supported them. Regional malls have suffered at least three straight years of declining profit per square foot, according to the International Council of Shopping Centres (ICSC).